Making Gummy Candy at Home with a Kit

Gummy candy, anyone? Actually the children barely even tasted our resulting candy so this was a great project! Ha ha! We used a candy making kit found online and I purchased my own materials. Curiosity got the better of me and I have to admit this was my own idea. So the most interesting thing we learned was that seaweed in its dried and powdered forms can make gelatin for making gummies. Also, the candies can be microwaved again and reshapen, making this more of a science experiment than something to eat. 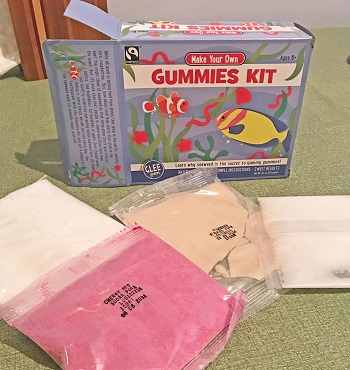 Actually, seaweed is used in all sorts of things — check your toothpaste tube for the ingredients! Really! We read all about it in the instructions. And how, nice! The vegetarians who helped us cook appreciated the fact no animals were harmed in our experiment. Of course, there is a wider application for using seaweed instead of animals to make gelatin, which was nice to learn about. 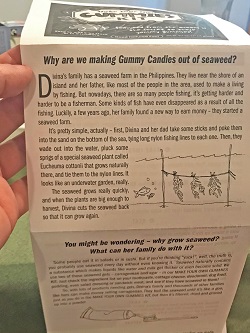 First, the dried seaweed piece was microwaved with one of the ingredients and the result was a yellow-ish liquid. Removing the seaweed was next, and then powered pink sugar was added. The children each needed a turn to pour that ingredient. Such fun. Each time the mixture was nuked, it bubbled up and was fun to watch. 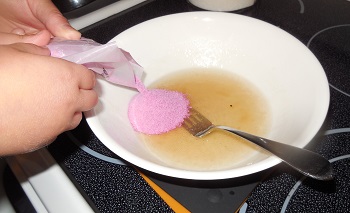 After the next microwave time, you can see the mixture was like thick gelatin. We maybe didn’t do everything just so, but it worked. 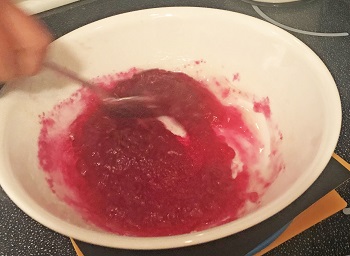 Next, it was spooned on the starch which was provided in the kit. We did not use molds as we thought fingerprints would be OK. The instructions said, so, but really we just got a glob of candy. The plates or bowls with the candy must be cooled in the refrigerator for a little while before removing from the starch layer. Then, the candy may be dusted to remove any remaining starch. 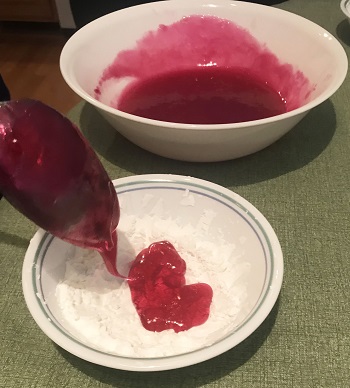 The cooled candy is placed in a bag with the sour sugar mix. Only one child was brave enough to taste this and if only I had a picture of the terrible face she made! But she had two more tastes. We probably put too much of the sour mix in the bag. Do you think? 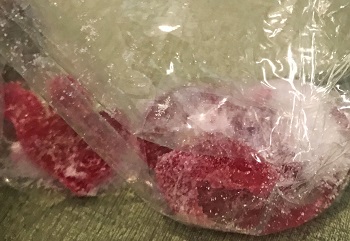 So, we added sugar, but apparently, it wasn’t much better. Oh, well, it can all be reheated and used in proper molds for another experiment. 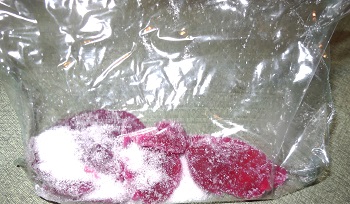 It was fun learning we actually have seaweed in many of the products we use in daily life. We liked seeing the mixture bubble up high. And tasting wasn’t even necessary for some children. We made our own gummies which will help us appreciate any we might eat in the future, remembering our fun time trying to make our own. 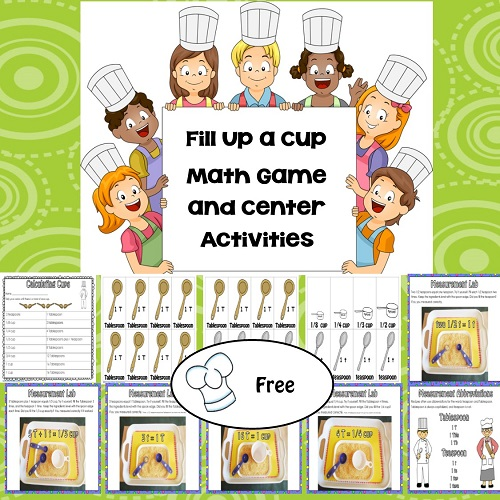 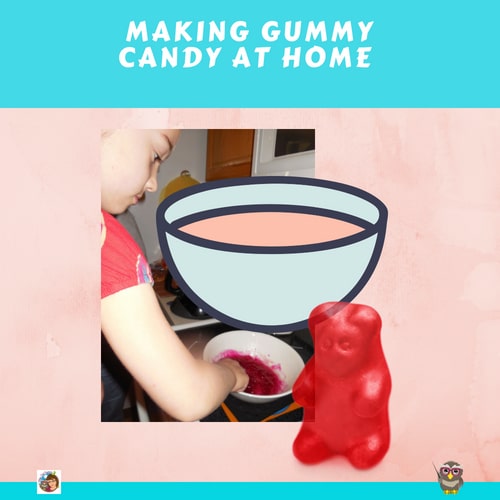